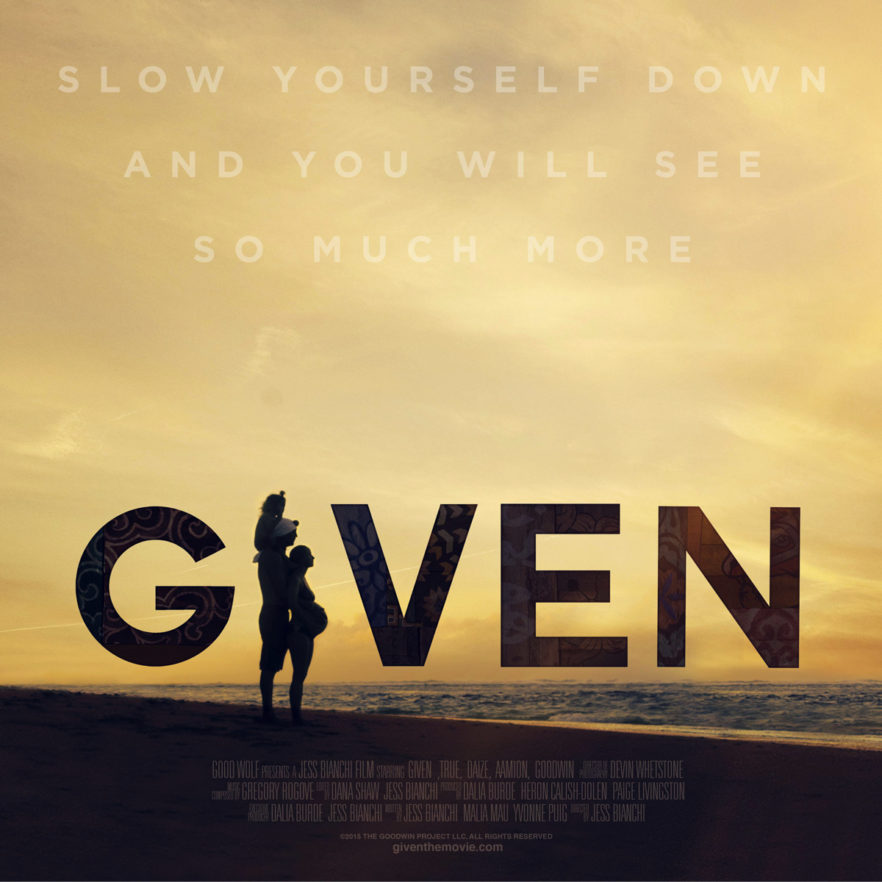 Just a few weeks ago, the soundtrack for Gregory Rogove’s score from the documentary Given was released on Spotify, iTunes, and Amazon.

I mixed this inventive and unique score back in August of 2015 and it is still one of my favorite projects.

The film follows a surfer family from Hawaii on their culturally enriching journey around the world and features breathtaking cinematography from many locations around the world. It has recently been screened at several festivals and potentially will be available to purchase online later this year. For more info on screenings and where to see the film, keep an eye on the project’s newsletter.